We’re Speaking Spanish at Our School! 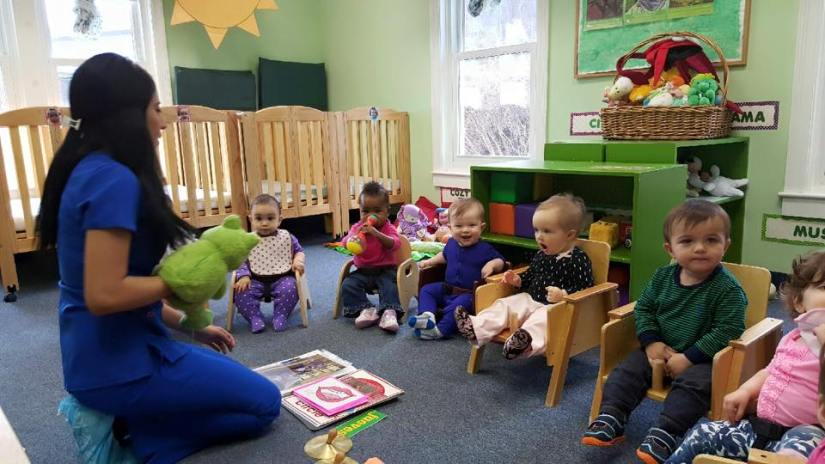 Opened in Harbor Town in December 1999, the Foreign Language Childcare Center (FLICC) was is designed for parents who want their children to acquire a second language.

Research shows there is a sensitive period from birth to  6 years when children’s brains are most receptive to developing language skills.  A child’s brain is open to learning as many languages as they’re exposed to.  After that time, children find it more of an effort to learn another language.

Kids who grow up bilingual are better at science, math, and grammar. It’s good exercise for the brain. Society is becoming more multicultural, and businesses are looking for people who can speak a foreign language.  Although many pre-schools provide some foreign language instruction, the immersion school is the first of its kind in Memphis.

The center was the dream of two Spanish teachers, Dawn Shute (MA ’96) and Veronica Miller (BA ’89, MAT ’92). Together they formed the Foreign Language Immersion Childcare Center (FLICC, LLC). Designed to accommodate 100 students, the center serves children from 6 weeks to 5 years old. It features reading, singing, and music from other cultures.

In March 2007, Sue Bolding joined FLICC as Director.  Born and raised in North Little Rock, she is the proud mom to three wonderful children, all of who were raised bi-lingual, speaking both English and Spanish from birth. Her family was privileged to live for one year in San José, Costa Rica, where they were involved in intensive study of the Spanish language and Hispanic culture. Later, they moved to Venezuela, South America, and lived there for more than ten years. After that, she taught Spanish on the elementary school level for more than three years at a private school in Memphis before joining FLICC.

In March 2011, Ms. Bolding acquired the owership of FLICC and now serves full-time as the owner / director of the center.